Conferment of the Order of the Rising Sun, Gold and Silver Rays upon Mr. Gebremichael Estifanos Seghid

The decoration was conferred by His Majesty, the Emperor of Japan on 3rd of November, the second year of Reiwa (2020) and witnessed by the Prime Minister of Japan, Mr. SUGA Yoshihide, to acknowledge Mr. Gebremichael’s contribution to the development of the bilateral economic relationship between Japan and Erirea.

During the ceremony, Ambassador Horie conveyed his warm congratulations to Mr. Gebremichael, saying that “Mr. Gebremichael has been working hard to represent Japan’s economic cooperation with Eritrea, a country where Japan does not have a resident mission. In his representation, he has greatly facilitated and significantly contributed to deepening the mutual understanding between the two countries”.

Mr. Gebremichael expressed his appreciation to the Government of Japan, including His Majesty the Emperor of Japan and Ambassador Horie, and reassured his continuous engagement in strengthening the bilateral relations between the two countries, saying that “working for Japan has been and will be a great source of pleasure for me”. 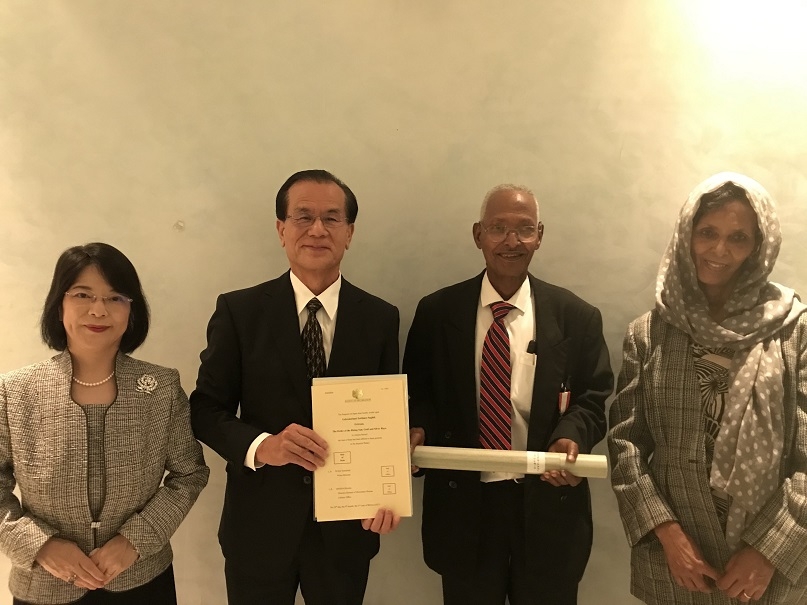