2020/2/13
Japanese (日本語)
On Thursday, February 13, 2020, the Ministry of Sports, Culture and Heritage of the Republic of Kenya, the National Olympic Committee of Kenya, the Kurume Municipal Government in Fukuoka Prefecture and the Fukuoka Prefectural Government held the signing ceremony for the “Written Confirmation concerning the Pre-Games Training Camps for the Kenyan Olympic Team for the Olympic and Paralympic Games Tokyo 2020”.

In his remarks, Ambassador Horie assured the Kenyan athletes that Kurume city has excellent sporting and medical facilities, as well as fresh food and beautiful natural surroundings. This environment, he continued, will be beneficial for the Kenyan athletes in bringing out their full potential in the Olympic and Paralympic Games. Ambassador Horie concluded his remarks by expressing his hope that the people of Kenya and Kurume city will learn and understand more about each other and nurture lasting friendships for the future through active grass-root interactions. 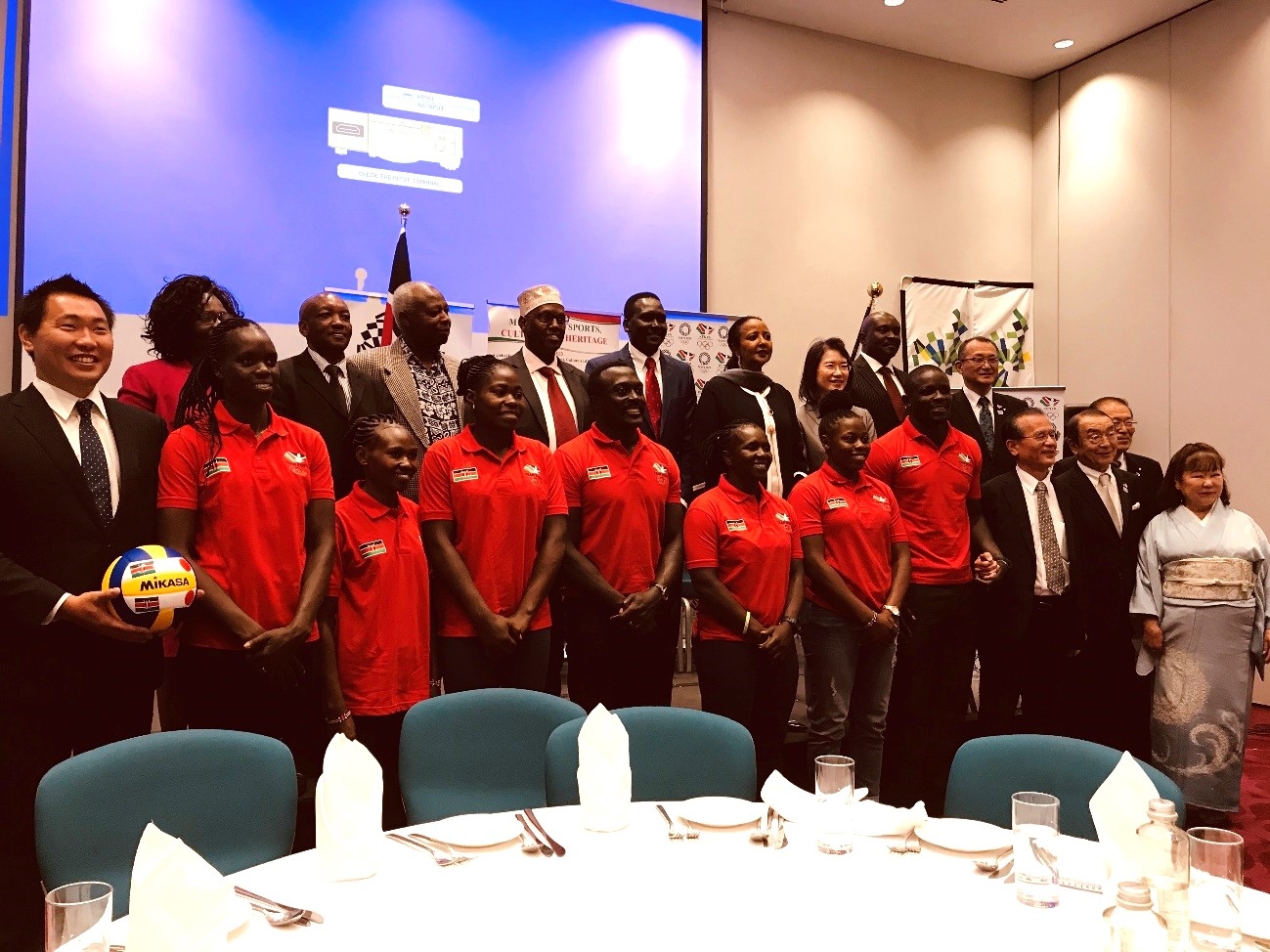 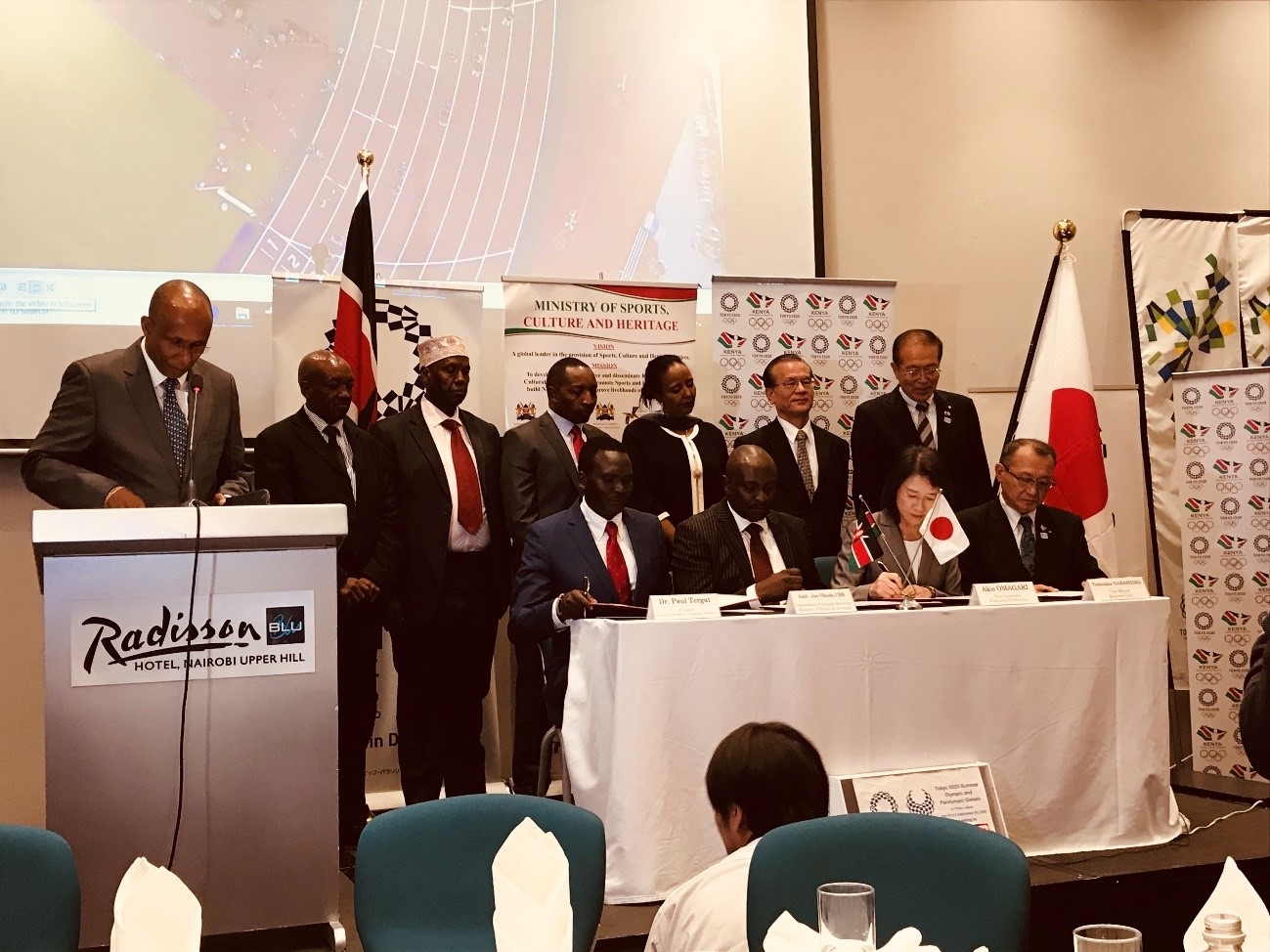 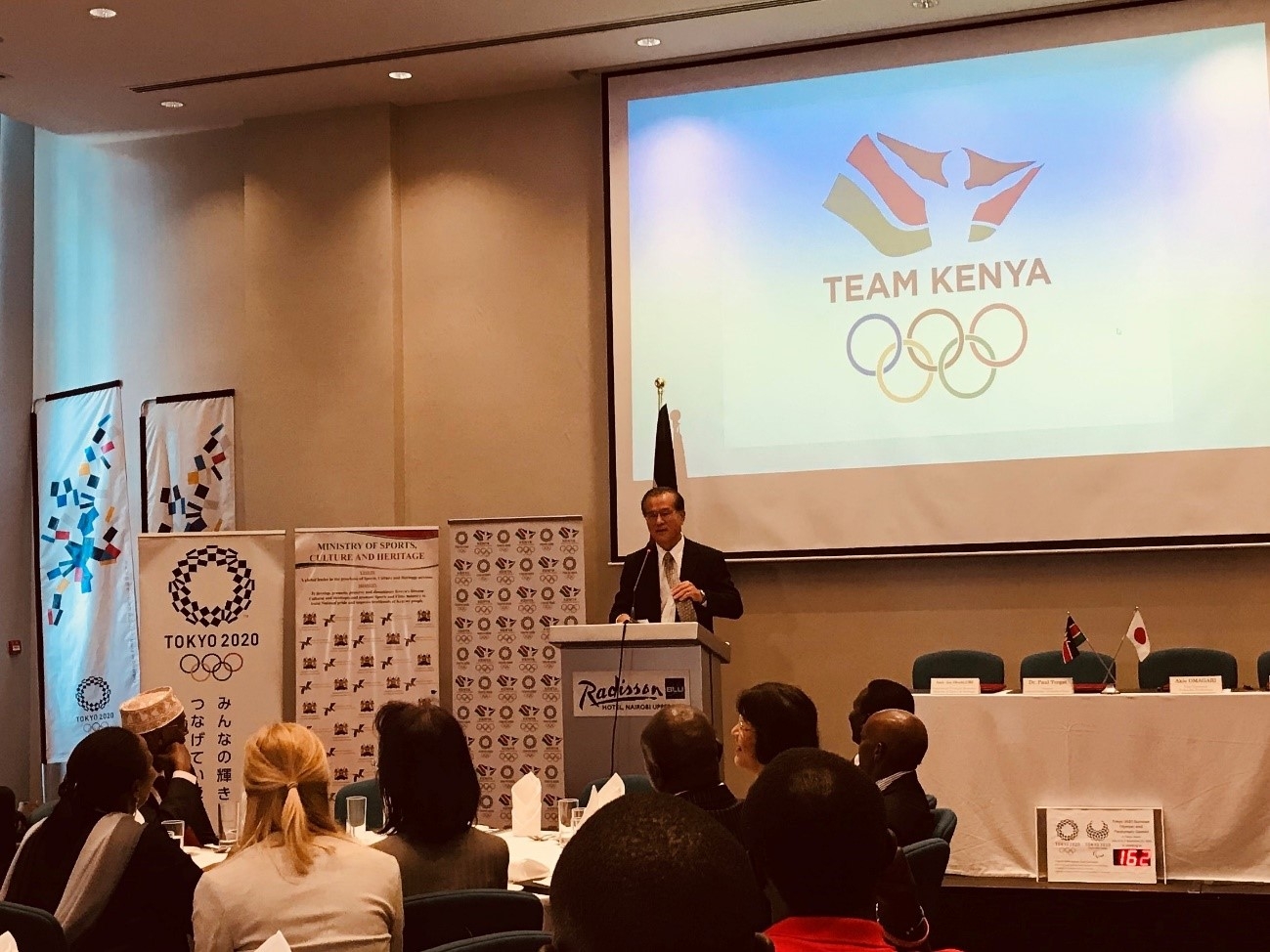